The machine is intended for the hemming of knit shirts and T-shirts. This model is best suited to elastic-band welting for swimwear, briefs, etc. It welts the elastic band which has been overlocked on the garment body.

This model is best suited to elastic-band welting for swimwear, briefs, etc. It welts the elastic band which has been overlocked on the garment body.

With the excellent functions inherited from the MF-7900 Series, the MF-7900D is provided with a dry frame mechanism to eliminate the cause of oil stains. Stain removing work or re-sewing work is substantially reduced by protecting sewing products from being stained with oil, thereby improving the quality of finished products.

Thanks to the new feed mechanism, many different types of sewing are achieved.

The feed locus can be adjusted externally. The feed locus is now adjustable in terms of the vertical direction and horizontal direction, thereby improving responsiveness to sewing materials.

Elastic material or delicate material can be sewn with the presser foot kept slightly raised. This effectively helps reduce the degree of slippage, warpage and damage of the material.

The looper thread twining prevention mechanism has been improved and is provided as standard for the sewing machine.

Commercially-available gauge components are applicable with no additional work.

As a result of the commonality of components, commercially-available components (presser foot, throat plate and needle clamp) are now applicable and easily obtainable.

All of the sewing machines with a thread trimmer are provided with a direct-drive motor. 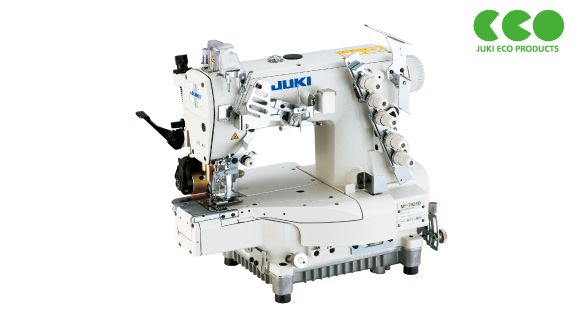 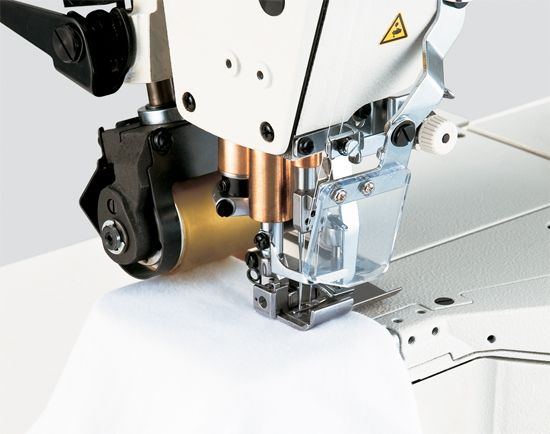 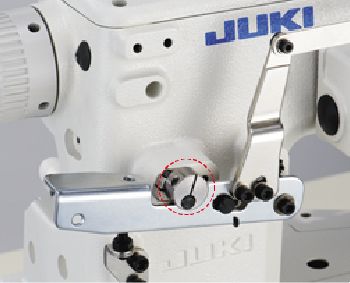 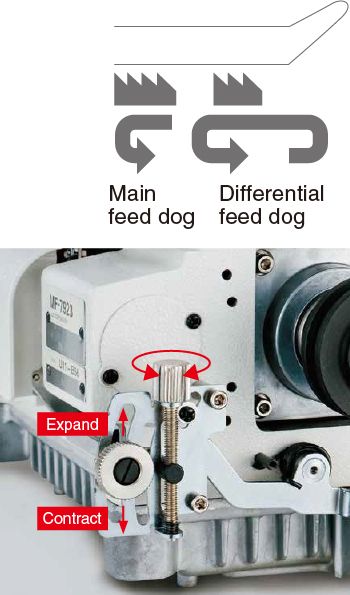 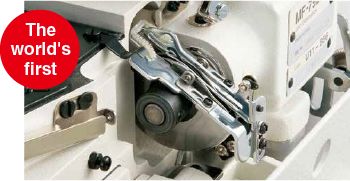 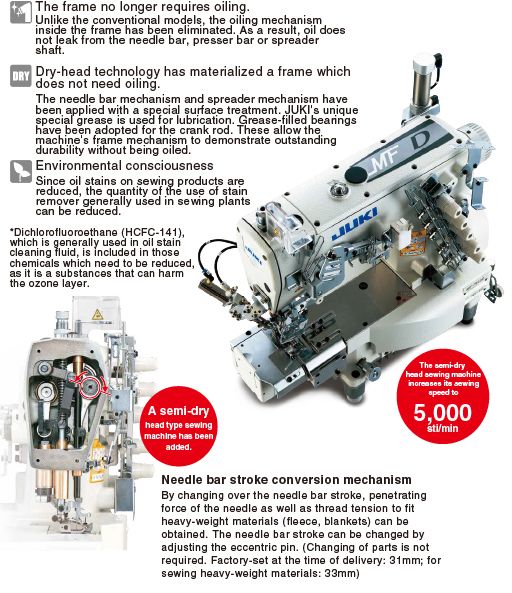 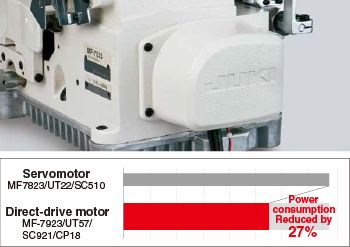