JUKI Simple Series sewing machine LK-1900S has been designed to have simplified and narrowed down capabilities that are essentially required to produce JUKI's established seam quality. In addition, it supports the operator with the voice guidance system to improve work efficiency.

This sewing machine shortens the total cycle time with its improved capabilities such as the maximum sewing speed of 3,200 sti/min, quick acceleration at the beginning of sewing and quick deceleration at the end of sewing, increased thread trimming speed and work clamp foot lifting speed.

This sewing machine quickly carries out sewing of various kinds of sewing patterns.

The sewing machine is provided as standard with 51 sewing patterns with different stitch directions and number of stitches, such as large bartacking, small bartacking, straight line tacking. The operator can select the best-suited sewing pattern according to the given process. (In some cases, the work clamp foot and other parts may be required to be changed.)

The sewing machine provides the sewing area of 30mm(length) × 40mm(width).

The Y-θ intermittent feed system that JUKI has developed for many years has been adopted for the feed control of the LK-1900S. 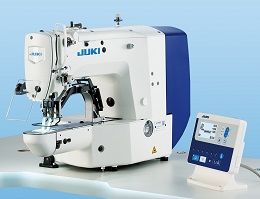 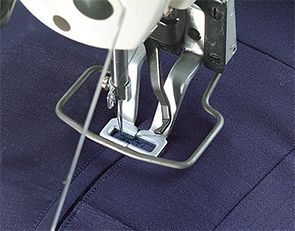 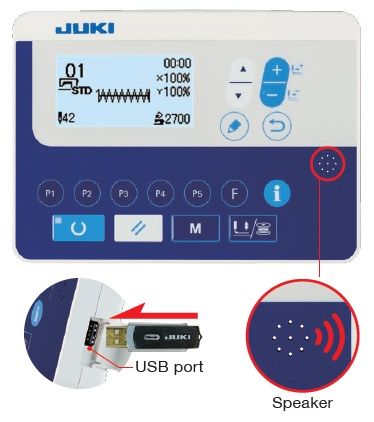 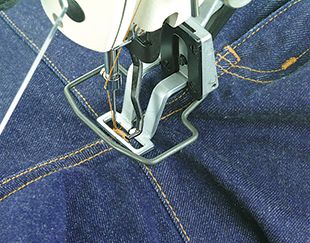