With its sewing area of "1,000 mm × 600 mm" the AMS-251 is best suited to the sewing of decorative stitches and large-size products

Slip ring system has been adopted to the new machine-head turning mechanism. As a result, the limitless turning of the machine head is enabled to allow the sewing machine to sew complicated patterns continuously.

Since thick materials, clamps, palettes with protrusions can be used, the design will be expanded.

Adoption of the 3 fold-capacity hook helps reduce the frequency of bobbin replacement even when the thick thread is used, thereby supporting sewing of large products.

The IP420 for the existing AMS Series models have been adopted for the new AMS model. In addition, the existing sewing pattern input software "PM1" is also applicable.

A 2-handed start button has been adopted for the safe, accurate startup. In addition, unintentional start-up of the machine is prevented.

Bobbin can be changed easily by opening the accessible cover without requiring the operator to reach under the machine to change the bobbin. 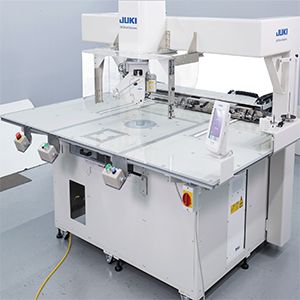 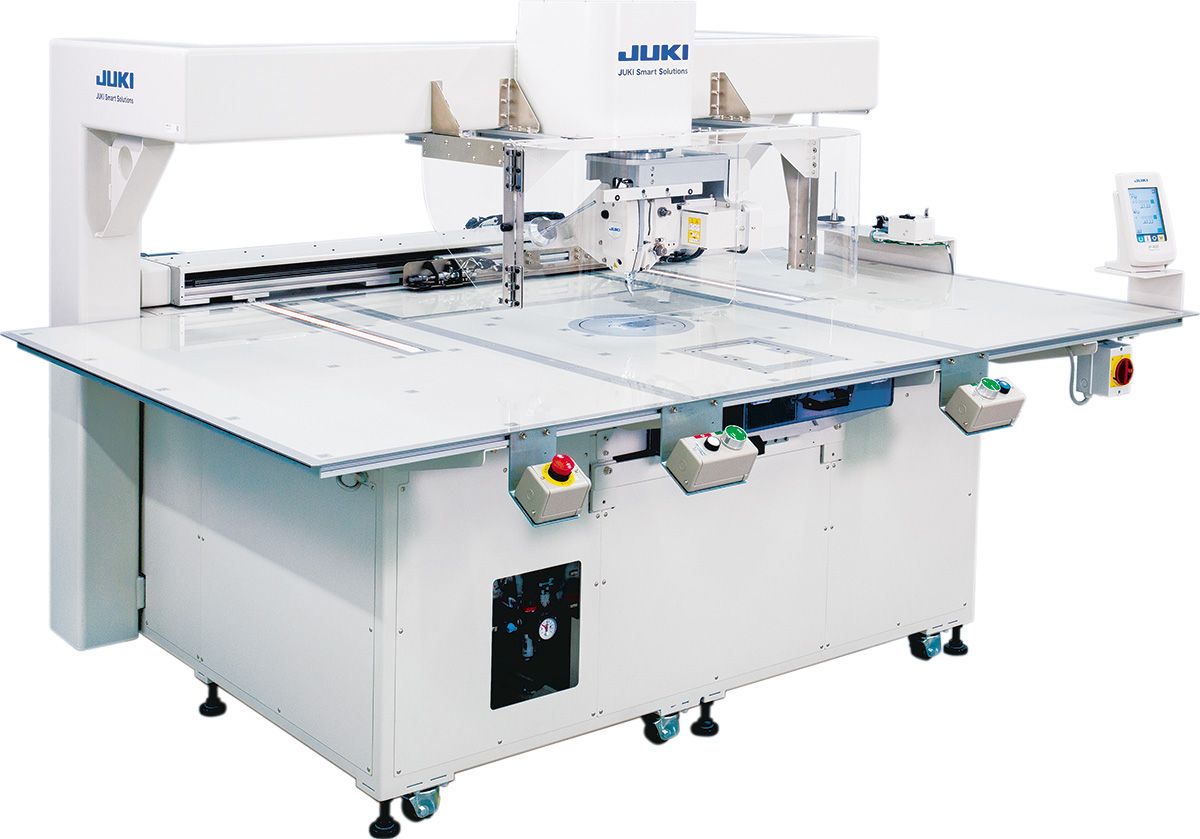